Posted by Argent at 12:58 PM No comments: Links to this post

One of the interesting things about teaching is that I encounter very, shall we say, creative names of students. It used to be true of the South, but I think this is true everywhere in the States now. There's a sustained trend of giving children the most unusual names, so much so that pronouncing the child's name can be a source of embarrassment for both teacher and student. Setting aside the Antwans, there is, for instance, a Rah-sun in my school. Now, it's not that hard to pronounce, I admit, but it takes some getting used to since most of the time, I encounter Rashuns. After years of saying "Rashun" the tongue trips over the unusual "Rah-sun". Yes, the dash is part of the name. There is another child with the name Che'Kelvia. I don't understand the apostrophe. Apparently, the nomenclature is a combination of both father and mother's names.

Apparently, there's now a new trend-within-a-trend in naming baby boys. The hook? Defining a new masculinity. Riiiight. I say, it's more of the same feminizing of boys. Reject it, people! Stick with masculine names for boys. Don't get sucked into this oh-so-cool trend. Better yet, name your child after a saint!

I say up with Anthony! Patrick! Richard! Down with Cullen(puh-leez), Jax (Jacob is just fine, thank you very much), Jett (good grief!).

"Rejecting the top names of the past century, more and more parents are choosing gender-neutral boys' names. Baby name expert Pamela Redmond Satran, co-author of Beyond Ava & Aiden, on how the new trend reflects a different ideal of masculinity."

More modernism foolishness.
Posted by Argent at 7:44 AM 5 comments: Links to this post

~via The Catholic Herald

Five traditionalist Anglican bishops have officially resigned this morning with the intention of taking up an English Ordinariate when it is set up.

This morning, the Rt Rev Rowan Williams, the Archbishop of Canterbury accepted the resignation of three flying Church of England and two retired assistant bishops in what is a major development in the move towards establishing an Ordinariate in Britain.

I've not had much time to keep up with the Anglican world. Work keeps me quite busy planning liturgies, teaching...One thing I can say to Anglicans contemplating conversion (and it is a conversion, as I found in my own swimming the Tiber), the depth that one gains in coming into full communion with The One, Holy, Catholic, and Apostolic Church cannot be imagined until one is in it, living and practicing the Faith without worries of what part of the church will be degraded next. The confidence upon the Rock of the Church (yes, even with the misguided Catholics-in-name-only) frees you to learn to love God and learn happiness and grow in holiness.

Come on in, the water is fine!
Posted by Argent at 10:07 AM No comments: Links to this post

~A Miami woman and her boyfriend arrested for selling her grandson....at a Best Buy parking lot. Read the details. This after last week's news of a mother microwaving her infant to death. What a sorry world we live in. Pray for the salvation of souls. I spent some time being outraged, then my better angels whispered, "Pray instead of raging."

It happened in the parking lot of a Best Buy, but there was nothing good about the sale taking place: a Holly Hill woman handing her 8-week-old grandson over to a stranger in exchange for $30,000.

Patty Bigbee, 45, originally offered the child for $75,000 before agreeing to a lower price, according to the Daytona Beach News-Journal.

Authorities would not say how the buyer originally found out the child was for sale, or whether the Internet was involved, but said the buyer became gravely concerned and immediately began working with police to set up a sting.

Bigbee and her boyfriend, 42-year-old Lawrence Work, arrived at the Daytona Beach store to meet the buyer Friday afternoon and began unloading a stroller and toys. Police waited until the child was safe in his new car seat before taking the pair into custody.....Police say she and Work had recently purchased a new Chevy Malibu, and the motive for selling the baby was largely financial...."They seemed like they loved him," said a neighbor who often observed Bigbee and Work outside their apartment with her grandson, "...but they were very...colorful."

Colorful?!
Posted by Argent at 9:56 AM No comments: Links to this post

Religion in the 2010 Elections

~from The Pew Forum

Two of the largest religious groups in the electorate followed the same basic voting patterns in the 2010 elections for the U.S. House of Representatives as they have in prior elections: white Protestants voted overwhelmingly Republican and religiously unaffiliated voters cast their ballots overwhelmingly for Democrats. But Catholic voters, who had favored Democratic over Republican candidates by double-digit margins in the last two congressional elections, swung to the GOP in 2010. And within all three of these major religious groups, support for the Republican Party rose this year compared with 2006, matching or exceeding their levels of support for the GOP in any recent election. Republican gains among religious groups parallel the party’s broad-based gains among the overall electorate and white voters in particular.

Analysis by the Pew Research Center’s Forum on Religion & Public Life of National Election Pool (NEP) exit poll data reported by CNN shows that white Protestants,1 a group that has long been one of the key components of the GOP coalition, voted for Republicans over Democrats in their congressional districts by a 69%-29% margin. This marks an increase of 6 points in Republicans’ share of the white Protestant vote compared with 2008, and an 8-point gain for Republicans compared with the last midterm election in 2006.

At the other end of the spectrum, the religiously unaffiliated supported Democrats over Republicans by an overwhelming margin in 2010 (66%-32%). But the exit polls also show that Republicans made gains even within this staunchly Democratic group, picking up 10 points compared with 2006. This increase is comparable in size to the GOP’s gains among white Protestants, a traditionally Republican group.

Check out the chart at Pew
Posted by Argent at 8:08 AM 2 comments: Links to this post

Happy Feast of All Saints!

The souls of the just are in the hands of God and the torment of malice shall not touch them: in the sight of the unwise they seemed to die, but they are in peace.
Posted by Argent at 11:05 AM No comments: Links to this post 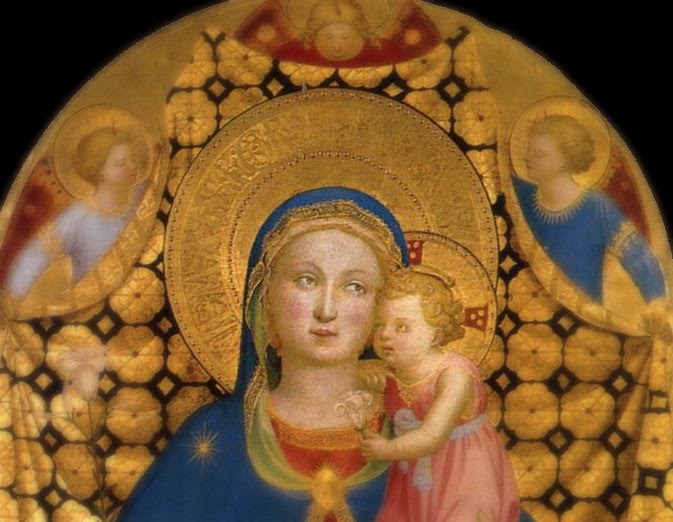 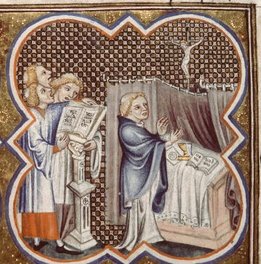 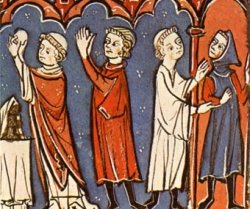 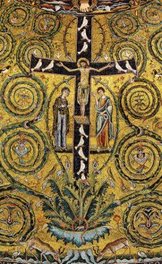